It’s no secret that technology is rapidly evolving. And with it, the active effort to make things more environmentally safe. What you may not know is this effort has trickled into your HVAC system by way of the coolant in your air conditioner. Read more to find out if your system has been impacted!

In Case You Missed It - New AC Freon

January of 2020 saw the phasing out of a coolant called R-22, or more popularly known as Freon ®. This was in an effort to reduce the impact of the gasses released by the R-22 on the environment, particularly the ozone layer due to leaks or improper disposal. R-22 was replaced by R-410A or Puron ®, which is still a hydrofluorocarbon or HFC, but had been shown not to impact the ozone.

What Does This Mean For Me?

If your HVAC system was installed after 2015, chances are you already are running R-410A. But what if I have an older A/C system? As long as it still functions, there’s no compliance mandate that says you need to upgrade. However, with R-22 coolant no longer in production, older systems have a greater likelihood that they will need to be replaced if an issue arises. But wait, there’s more! 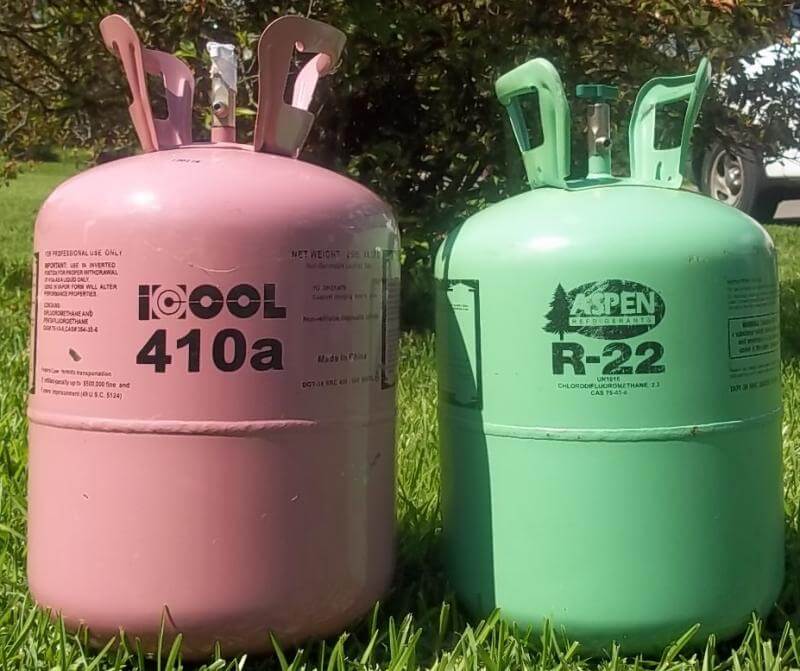 What is The New Freon Called?

That’s right, there’s a new option when it comes to refrigerants. R-454B will soon be the new standard for coolant in HVAC systems. This transition was put into motion once the global warming potential for R-410A still wasn’t where environmentalists wanted it to be. The date for the EPA mandate has been set for January 1, 2023. As mentioned before, technology and environmental awareness are rapidly improving so manufacturers are not only more aware of the effects of the chemicals they use but are able to take more steps to improve them.

Should I Upgrade My A/C?

As previously stated, older systems using R-22 or R-410A will still be serviceable. And no, it won’t be illegal to have a system that uses an older coolant. However, many customers will be encouraged to transition to the newer coolants for the environmental impact. In addition, new A/C units are far more efficient than their older counterparts, not to mention more environmentally friendly. If your A/C is still running well, there’s no pressing need to upgrade. However, if you’ve been consistently repairing your A/C due to its age, it may be time to consider upgrading, but not because the coolant is outdated! If you think your unit is approaching replacement, have one of the professionals at Dean Mechanical take a look at your system.

Still have questions about the refrigerants used in your HVAC system? Contact the pros at Dean Mechanical today! They will have the most up-to-date information and will be able to talk you through possible upgrade options as well. Dean Mechanical is happy to serve the communities of Wixom, Milford, Livonia, Canton, Novi, South Lyon, Northville, Ann Arbor, Brighton, Commerce, Farmington Hills, Southfield and Dearborn.