When most people consider HVAC replacement, they think furnaces and air conditioners. What’s often considered less, but just as important, is the ductwork that transports the conditioned air around your home or building. Regular cleanings and inspections are key to maintaining your entire system, but can also detect issues that are preventing it from operating as efficiently as possible. So what happens when you have to replace your ductwork? We’ll get into it!

When Should I Replace My Ductwork?

The stress on your ductwork tends to fly under the radar. The common misconception is that it just sits there and the air flows through it. While that’s true, any variance in temperature of the conditioned air will cause the ducts to move. Especially in Michigan, where weather can vary significantly during any given day, conditioned air can vary as well. For example, if it’s the middle of winter and warm air is being pushed through the home, that will cause the ducts to expand. Conversely, cool air in the summer will cause ducts to contract. These variances can cause seams and seals to deteriorate over time, which reduces efficiency of the air being moved as the ductwork ages.

Furthermore, outdated ductwork may not be moving air as efficiently based simply on how it’s configured. Air moves most effectively through straight ducts. More curves and joints can cause turbulence within the ductwork and slows air down. An outdated system could be costing you more in energy than you realize.

Either way, an inspection by a licensed professional will help you determine whether or not it’s time to replace your ducts. 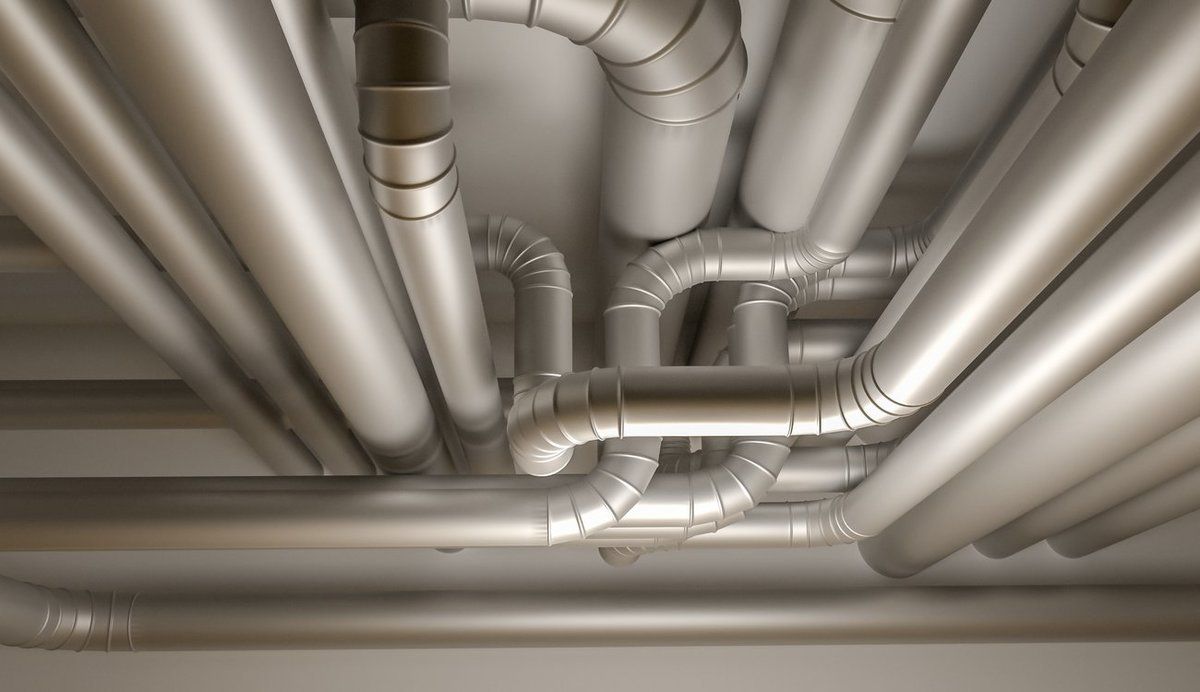 What Should I Expect During Duct Replacement?

There are several things to consider during duct replacement.

This depends on the size of the duct network being replaced, but usually it only takes a day or two. Again, it could be more or less depending on how much work is involved.

Space considerations are twofold. First, there needs to be space to not only remove the old but bring in the new ductwork. Second, upgrading a system may require new routing for the ducts themselves. Space constraints should be discussed with your HVAC professional.

While duct replacement in general is affordable, probably more so than you may think, there are so many variables that can affect the cost. Logically, larger buildings require more ductwork which drives up the cost. Ducts in walls and ceilings can also be more expensive, simply due to the labor required to replace them. Speak with your HVAC professional to find out the best bang for your buck!

Replacing ductwork can pose an intimidating task. We’ve outlined some of them, but the professionals at Dean Mechanical will walk you through the process of all the details involved to make sure you’re getting what’s best for you, and knowing what to expect. Dean Mechanical proudly serves southeast Michigan and has professionals standing by to answer your questions and schedule your HVAC service. Contact us today!